For months my girlfriend has been bugging me about Torchwood.   At least twice a week I had to hear pleas for me to watch the BBC show so that we could talk about.   This coming from someone who doesn’t even watch The Office.   But I finally gave in when I saw that Apple had finally brought Torchwood to iTunes.

For those who don’t know, Torchwood is a spin-off from the long running BBC show, Doctor Who.   The show takes place in Cardiff, Wales.   The show itself is a bit hard to describe.   It’s 1/4 X-Files, 1/2 Buffy the Vampire Slayer, 1/8 CSI…and then it just gets weird.   Torchwood, which is an anagram of Doctor Who, is a show for sci-fi geeks who can’t get enough Doctor Who.

The show was created by Russell T Davies, who wanted to create a spin-off from the new Doctor Who that had some of the sci-fi/crime fighting aspect of American shows like Buffy and Angel.   And for the most part it is successful at that.   The Torchwood cast does remind me at times of the “Scooby Gang”, as the Buffy crew often referred to themselves. 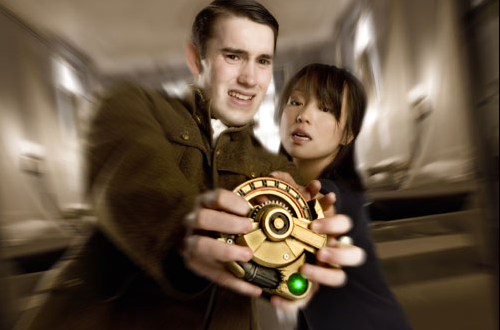 The overall plot line for Torchwood is very similar to Buffy.   Buffy lived in the fictional Sunnydale where there was the Hell Mouth.   Torchwood resides in the real Cardiff, where there is a rift in time and space.   Buffy was the leader of the group and had the mysterious powers of being the Slayer.   Captian Jack Harkness is the leader of the Torchwood group and is immortal.   Buffy had her geeky friend Willow doing all the leg (finger) work on the computer.   Captain Jack has Tashiko.

Buffy had the wise-cracking Xander, Torchwood has the wise-cracking Owen.   Buffy had Giles, the stuffy guy in the suit, who Buffy loved, helped keep things organized.   Torchwood has Ianto a stuffy guy in a suit, who Captain Jack loves, to help keep them organized.   And Buffy had James Marsters guest starring as a sometimes villain with a lot of sexual tension.   Ditto for Captain Jack in Torchwood. 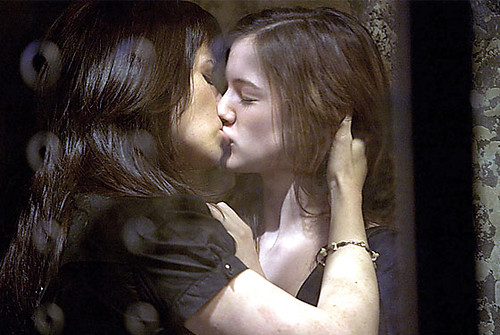 That brings me to my next point about the show.   If you are the least bit homophobic, this is not the show for you.   There is not a main cast member on Torchwood that has not openly made out with a member of the same sex.   The show itself is very sexual.   When I decided to try the show out through Apple TV, I thought it was the type of thing Michael (my 14 year old son) might enjoy.   I was a little surprised at the amount f sex right off.   In the end it’s not a big deal, he’s 14 and has seen worse, but it was bit of a shock.   In this country it’s a big deal to have two gay television characters hold hands.   Torchwood does not offer a lot of hand holding scenes.

I do have to say that I think the sexuality adds to the show.   I think an openly bi character like Jack Harkness is exactly what is needed to further things along on television.   I wonder how long it will be before we see U.S. networks displaying gay sex with the same level of exploitation they provide for straight sex. 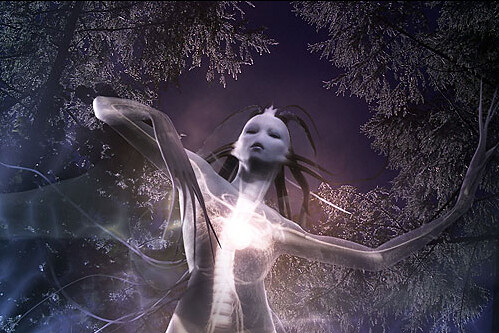 One note on Torchwood through iTunes; iTunes offers both seasons of Torchwood, while only season 1 is currently on DVD.   Also, Torchwood is being played on HDNet, which has an incredible picture and sound. 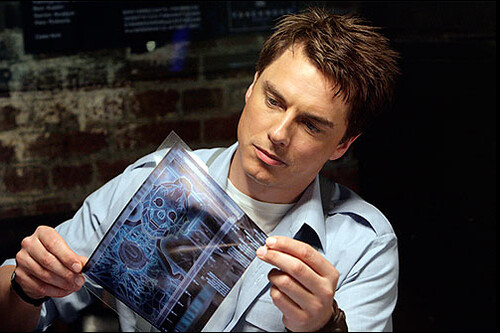 Barrowman really makes this character his, in the same was David Duchovny made Agent Mulder.   Barrowman just comes off as a very likable guy who doesn’t try to take the role overly serious.   He keeps a show, that could be weighed down in overly complicated jargon, fun. 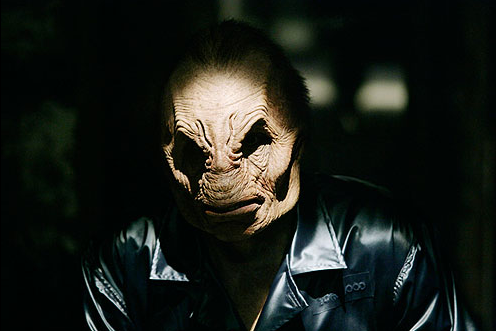 I would say that the one Buffy-like thing Davies hasn’t brought to the show is the idea of “the big bad”.   Standard Vampires were the bread and butter of Buffy villains, and Torchwood has the Weevils for that purpose.   But each season of Buffy there was also a main evil character that is behind many, but not all, the issues the team faces that season.   Slowly the enemy reveals itself and has the big showdown for the season finale.   There are little traces of the big bad in Torchwood, but too subtle.