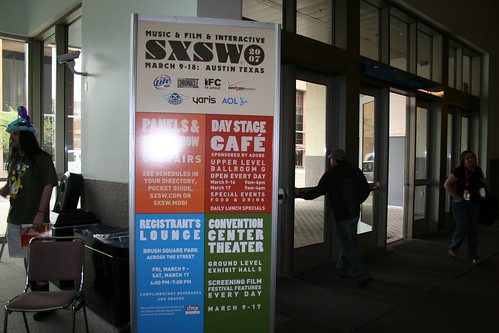 This was my third year at SXSW, so IÃ¢â‚¬â„¢m starting to feel like a pro. I decided a while ago to limit the amount of conferences I attended, so for the past couple years I have only attended WebmasterWorld in Las Vegas, and SXSW in Austin. A lot of the other conferences like Search Engine Strategies and Ad:Tech just became too much about selling and not really an exchange of ideas. Especially Ad:Tech; just to get to the main area you have to walk a gauntlet of Spam vendors fresh off the plane from Boca.

How I love any excuse that gets me to Vegas (especially now that IÃ¢â‚¬â„¢m living in such a small town), I have to say that SXSW is my favorite show. Austin is really an amazing city. IÃ¢â‚¬â„¢m not a huge fan of visiting Texas overall. Dallas is far from my favorite city. But Austin is so different than the rest of Texas. Downtown 6th Street during SXSW looks more like New Orleans. And the music scene in Austin really canÃ¢â‚¬â„¢t be beat.

I have just been going to the Interactive portion of the festival, but IÃ¢â‚¬â„¢m starting to branch out more. Next year IÃ¢â‚¬â„¢m defiantly going to stay the entire 2 weeks for the film, interactive and music portions.

I do have to say though that this yearÃ¢â‚¬â„¢s sessions were overall not quite up to last year. I think thatÃ¢â‚¬â„¢s part of some growing pains for the show, which seems to increase in size significantly every year. But some of my favorite speakers were back and put on some incredibly good sessions.

Short Attention Span and Big Dividends with Jim Coudal and Brendan Dawes
I first saw Jim Coudal speak last year with Jason Freid (who I guess was to busy getting Highrise ready for me to speak on any panels this year). Their session was great, and I really liked what Jim had to say about curious people. Jim then became a personal hero of mine after his spoof of Advertising.comÃ¢â‚¬â„¢s really, really, really bad Ã¢â‚¬Å“viralÃ¢â‚¬  video for Subway. JimÃ¢â‚¬â„¢s session this year really was almost a continuation from his talk last year. It really revolved around the idea of being creative and trying things for the sake of trying them. I put a few projects together to gain some knowledge and experience, and of course I always hope that maybe there is some money to be made on the projects, but when you have to leave those projects to pursue more immediate results (usually for money), youÃ¢â‚¬â„¢re sometimes left feeling like a bit of a failure. It was nice to hear someone else defend against that. ItÃ¢â‚¬â„¢s very clear after hearing Jim speak that he is no failure, but he is better at starting things then finishing them. I like to put myself in the same light. 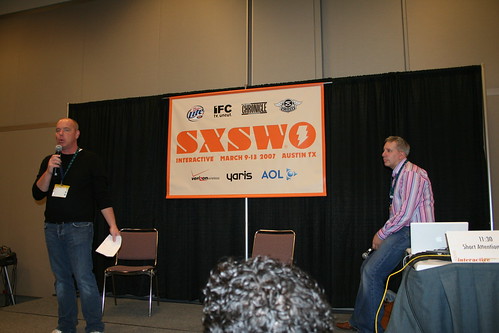 I had never heard of Brendan Dawes, but he is certainly an entertaining speaker, and had a lot to offer in this session. I picked up his book (one of the more common signed copies, as he puts it), so hopefully I can learn more about him.

My favorite bit from the session was Jim comparing his management style to a Montessori Day Care Ã¢â‚¬Å“we all have our responsibilities, but there are no grades hereÃ¢â‚¬ . The session really made me start to think a little differently about USWeb, and I came up with a couple things I would like to try.

How to Bluff Your Way in Web 2.0
Jeremy Keith and Andy Budd are really great guys who not only know this industry, but can put everything into context in a very funny fashion. After going through some pretty funny observation about an over use of gradients, funny spelling and adding an RSS to every piece of content to the site, they got down to the serious problem that the Web 2.0 term has created. USWeb shares some of the same issues they have with prospects or clients asking for silly things like Ã¢â‚¬Å“Web 2.0 design standardsÃ¢â‚¬  or to Ã¢â‚¬Å“make the site more Web 2.0Ã¢â‚¬ . At USWeb we actually had a client tell us we need to not think about their company as Web 2.0 (which we certainly didnÃ¢â‚¬â„¢t, but more Web 3.0). Ironically, their company really performed more like a pre-dot-bomb Web 1.0 than anything else. As Jeremy pointed out, the term has become a bad buzzword. Where something like AJAX puts us all on the same page, Web 2.0 is now confusing everyone and holding us back.

We need to start killing that term and refer to things as what they truly are. Blogs, video and photo sharing are social media. Web Standards refers to developing sites that meet w3c validation standards, and design is subjective.

The Future of Online Magazines
This session was not the most informative, but was one of the most entertaining. The panel was just a funny, likeable group of people from sites like The Onion, Salon.com and Nerve.com.

I donÃ¢â‚¬â„¢t want to focus on the negative, so IÃ¢â‚¬â„¢ll just say that some of the weaker sessions were How to Attract the Ideal Client (the panel just seemed far less qualified than any other panel at the show), Create a campaign in 1 hour, and SEO and Usability.

I also thought it was odd that so many people in the RSS in Marketing sessions were focused on the fact that RSS doesnÃ¢â‚¬â„¢t yet have a huge penetration into the market, but there was a lot of excitement in the Microformat session, which has no real market penetration. Maybe some of the people at SXSW are just more forward thinking than I am, but now that Microsoft finally started supporting RSS (after Apple started 5 years ago), but I donÃ¢â‚¬â„¢t see anyone (Firefox or Opera included) supporting Microformats. And to be honest, I havenÃ¢â‚¬â„¢t yet seen a useful demo for Microformats. Feel free to tell me where IÃ¢â‚¬â„¢m wrong here.

Other bright spots of SXSW were: 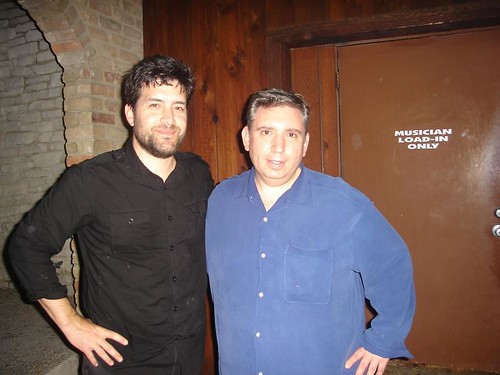 1. I got to see Bob Schneider perform and met him after.

2. I got to meet Doug Coupland

3. I got to meet Patrick Norton.

4. I had some great BBQ at Iron Works and County Line 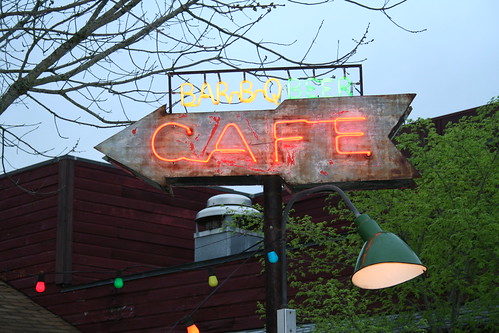 5. They started using the jalapeÃƒ ±o bread again for their hamburgers at the Hilton.

Overall, still a great show. IÃ¢â‚¬â„¢m going to offer up some suggestions to Hugh for next year, and even offer to put together a couple panels myself. I would like to see the focus go more back to developers (both application and content) of the Web.
[tags]sxsw, interactive, austin, texas, 2007, bob schneider, jim coudal, brendan dawes, patrick norton, andy budd, jeremy keith[/tags]