Following up to the post about Tiberius Sempronius Gracchus, here is another post about Roman history.   This time from Elizabeth Rathgeber, who also wrote the post What to do about Sudan?.

I believe that Augustus and NiccolÃ³ Machiavelli would certainly agree much more so than disagree on how to be an effective ruler. The young Augustus seems to be an excellent example of a ruler whose actions agree with Machiavelli’s guidelines enunciated in The Prince. Machiavelli’s education included studying the “classics”, so it is not hard to make the connection that he was probably influenced by reading Suetonius’ account of the life of Imperator Caesar Augustus.

One of Machiavelli’s guidelines that he detailed in The Prince is that, “A wise man ought to follow the paths beaten by great men, and to imitate those who have been supreme”(paragraph 1). Augustus admired his Uncle Julius Caesar. He observed him, learned from him and tried to follow in his wake. One such lesson was how Julius Caesar had successfully arranged for his rival, Pompey the Great to marry his daughter Julia to form a bonding friendship between the two triumvirs. Augustus, whether wanting to or needing to reconcile with Marc Antony, arranged for a marriage between his lovely sister Octavia and Antony. It is noted that he was “deeply attached to his sister, who was, as the saying is, a wonder of a woman”(Everitt 112). So although, like Julius Caesar and Pompey, the marriage was politically motivated; Augustus’ desire to heal the relationship with Marc Antony appears sincere. 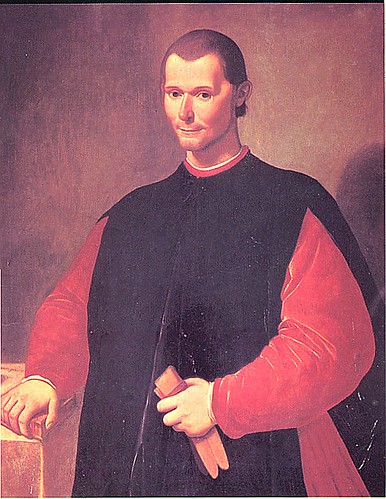 In The Prince, Machiavelli offers sage advice in dealing with subordinates which could have been written specifically with young Augustus in mind. Machiavelli writes; “Those who bind themselves (to you), and are not rapacious, ought to be honored and loved”(paragraph 8). Marcus Vipsanius Agrippa, as a loyal, trustworthy and devoted friend, was bound to his school chum Augustus, and was rewarded generously for this. Along with money and land, “Agrippa, who had masterminded the Sicilian victory, was given a probably unprecedented honor – a corona rostrata, or golden crown decorated with ships’ beaks, which he was entitled to wear whenever a triumph was celebrated”(Everitt 144).

Machiavelli also warns that when “subordinates bind themselves to you for their own ambitious ends, it is a sign that they are giving more thought to themselves than to you. A prince should guard against such, and to fear them as if they were open enemies, because in adversity they always help to ruin him”(paragraph 8). Although this does describe the strained and mistrustful relationship between Marc Antony and Augustus, I think that Quintus Salvidienus Rufus is a better contrast example to Agrippa.

Prior to the triumvirs, Antony and Augustus mending their relationship, Augustus’ fickle “friend” and supporter “opened a secrect correspondence with Antony, hinting that he might be ready to switch sides”(Everitt 112). Salvidienus’ faith in Augutus’ success was wavering and he appears to be trying to cover all of his bases by appealing to Antony. However, Antony could smell a rat and alerted Augustus. 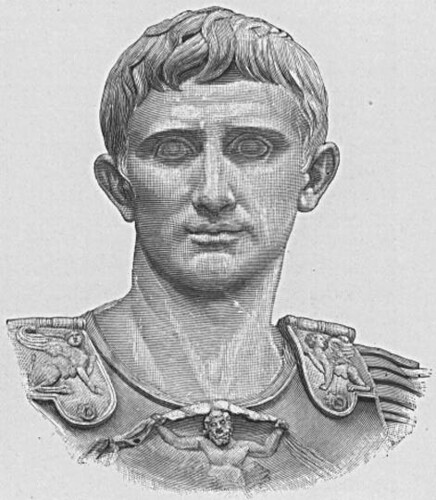 Augustus was a man who was “loyal to a fault, but if a friend betrayed him he was merciless”(112). He summoned Salvidienus to Rome, “arraigned him before the Senate and had him condemned both an inimicus (a personal enemy) and a hostis (a public enemy), and put to death”(113). Augustus could have had Salvidienus assassinated quietly, but I would argue that he wanted the proceedings to be very public and humiliating as a warning to others to not betray him. This may have been Machiavelli’s inspiration for the question if it is better for a prince to be feared or loved. Machiavelli reasoned that it was “much safer to be feared” because “men have less scruple in offending one who is beloved than one who is feared, for love is preserved by the link obligation which, owing to the baseness of men, is broken at every opportunity for their advantage. But fear preserves you by a dread of punishment”(paragraph 18).

However, Augustus was always careful, especially publicly. He instilled just enough fear to maintain respect and order, but was able to avoid igniting hatred. Machiavelli says that “when it is necessary for him (a prince) to proceed against the life of someone, he must do it on proper justification and for manifest cause” (paragraph 19). The way that Augustus orchestrated the Salvidienus situation illustrated the cunning sophistication of a seasoned politician more likened to Cicero, than what would be expected from young Augustus.

Being Julius Caesar’s adopted son and chosen heir opened the door to Augustus and paved the way for him. Augustus used this to his advantage, but stepped out from Caesar’s shadow and became a respectable man in his own right after the Sicilian victory. Machiavelli suggests that “a new prince has a greater necessity to earn renown than a hereditary one”(paragraph 36). I believe that Augustus would agree completely with that statement. The Sicilian victory was a turning point in which he proved to the citizens, soldiers, and senate of Rome that he was more than just Julius Caesar’s nephew, but that he had the makings to be a great leader.

The one lesson of Machiavelli’s that Augustus did not follow was in regard to Livia Drusilla. Machiavelli warns that a prince should abstain “from the property of his citizens and subjects and from their women”(paragraph 19). Augustus was said to be “a young man with a reputation for copious adultery”(Everitt 119).

He was already married to Scribonia, but divorced her on the day that she gave birth to their daughter Julia in order marry Livia. However, Livia was currently married to Tiberius Claudius Nero and pregnant with their second son. This made for juicy, scandalous gossip, but Augustus was able to navigate any waves that this union caused publicly.

Augustus is an ideal model for Machiavelli’s The Prince. I believe that the two men would heartily agree on the essential qualities and guidelines that are necessary for an effective ruler.