I have grown tired of the traditional About page with mini-bios of people. They always have the same format, especially in business. They mention where they went to school, whatever accomplishments (often exaggerated) they can lay claim to, and of course a list of companies they worked for. Maybe they’ll try to work in if they’re married and have kids, just to seem more personable. Then they usually try to wrap it up with some sort of self-grandising quote. I’m 100% guilty of all these things myself.

Occasionally I’ll see something mildly clever like the inclusion of pictures and data about their pets, or a quick fact about something silly like their favorite comic book. Lately I have noticed a trend toward including a link to their personal blog, or links to social networks liked LinkedIn an even Facebook.

Last year I thought it would be cool to do a quick little bio video that consisted of just a slide show in Keynote converted to Quicktime. I set it to some music and stuck it on my About page. I never really thought anyone looked at my About page, but I was amazed that the very morning after I was complimented on the video by a prospect, who became a friend, possibly in part to the video. I had used a Bob Schneider song on my video, possibly violating copyright laws, but I think Bob is too cool to care about those sorts of things, and the prospect was a big fan.

I was given similar compliments for weeks after launching my video, which you can check out here, although it’s out of date now.

That made me realize three things. First, people really do check About pages more than I thought. Second, being different helps you get noticed. And third, sharing personal interest really does help bridge that comfort gap with people you meet online, or through business. Some of my best new friends are people who love a lot of the same music as I do. 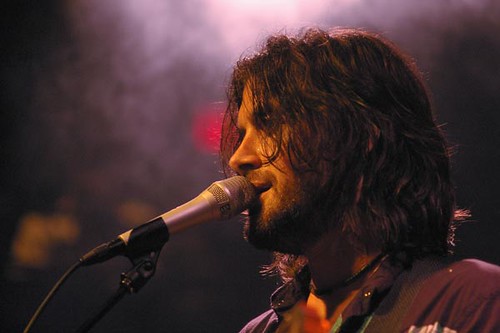 A little side note about people. It’s physically impossible to be a dick, and like Bob Schneider. That’s good information to keep in mind when meeting people, especially Austin, which happens to be the coolest city on the planet.

As proud as I was of my little video, that took more time to make than I care to admit. I really felt a bit lazy for not doing full video. I just used pictures and text on slides. I didn’t even use a Ken Burns effect on the pictures.

So I decided since my video was becoming outdated, I would shoot a new video. The first thing I did was buy a small, easy to use camera. I have a very high-end Sony Hi-Def camera, but it’s a little big to use all over town, and it takes a while to transfer movies to iMovie.

I purchased the Aiptek A-HD 720P camera from Amazon for $135. It’s works great, and is ultra small. Because you’re shooting on a memory card, the files transfer nice and fast to the computer. If you’re interested in this, you may want to check out the new model Aiptek put out, the A-HD+ 1080P. It shoots at full 1080p and it’s only $25 more. The two big features missing from these cameras are any sort of optical zoom, and no external mic input. But other than those two things, the camera works great. 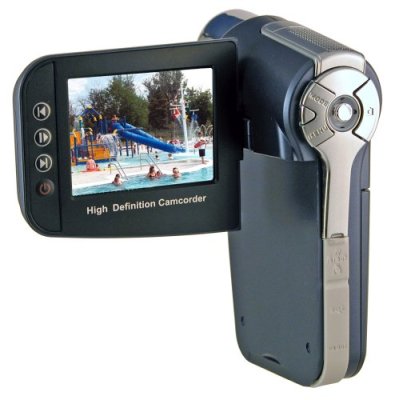 I started shooting with the Aiptek and slowly amassed some footage that I thought I might be able to use. I moved everything into iMovie, which is so incredibly simple to use that I couldn’t stop playing with it.

I decided to go with a Sopranos opening sequence type idea of me driving around the small town where I live, Ashland. I took shots of driving around and had my son film me from different angles in the car. I included pictures of my son, this time using the Ken Burns effect, which is nicely included in iMovie.

I wanted to set the whole thing to music again, especially since there is no external mic input on the camera, so I started looking for the perfect song. Pandora turned me on to Peter Mulvey, and I absolutely love his song, Shirt. Lyrics like “it’s time for the cross, or the Bodhi tree” are really great, and felt a little like where I am in my own life.

I edited the whole thing together, again with way more time than I care to admit. Please excuse my cop job of my drive up the driveway to my house. It’s very difficult to edit with one camera.

The video is still not “done”, but I’m a little burned out on working on the same project. I would love to get some comments on the video. If you have any suggestions to add, I’m all ears.

One things for certain, I’m going to be shooting a lot more video in the future. I hope you enjoy the video.

Wine, Art and Classic Cars Were the Best Investments in 2018