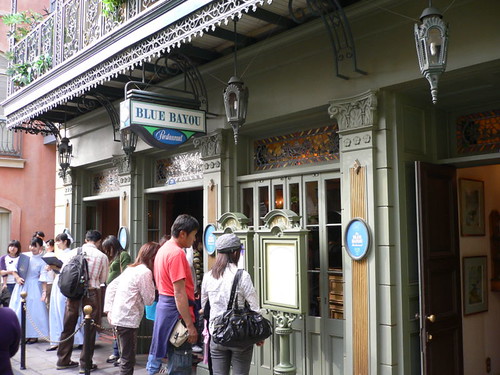 When asked my favorite restaurant people often have a perplexed look on their face.   The name Blue Bayou sounds familiar, but they are not sure where they have seen it.   As soon as I say the words Disneyland, their face usually changes.   Many think it’s an odd choice for favorite, but to me it makes perfect sense.

For those who don’t know, The Blue Bayou restaurant is housed within the Pirates of the Caribbean ride at Disneyland.   Since the beginning of the ride attempts at recreating an evening on the bayou, the restaurant provides an interesting ambiance.   This can be especially relaxing after a few hours under the Southern California sun.

But the faux Louisiana atmosphere is only part of the attraction for me.   I didn’t grow up with parents, I spent most of my early years being cared for by grandparents.   I was especially close to my grandfather, who was the first person to take me to Disneyland.   While riding the Pirates of the Caribbean ride, I noticed the restaurant and asked if we could eat there.   Since my grandfather enjoyed spoiling me, it was a done deal. 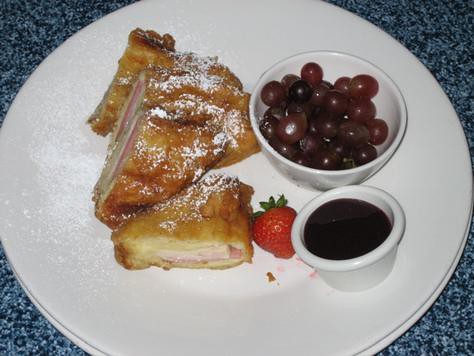 The Blue Bayou menu is not wide, there are only a handful of options.   My grandfather recommended I try a Monte Cristo.   At 9 years old I had no idea what that was, but I agreed.   And of course I found it to be the the best thing I ate all day.   What kid wouldn’t like a ham and cheese sandwich on french toast, covered with powder sugar?

My grandfather would die from cancer a year later.

I worked at Disneyland while in college, and often I would stop by and enjoy a Monte Cristo and think about my grandfather.   Between the Disney created atmosphere, the taste of the sandwich, and the fond memories of my grandfather, this became my favorite place to treat myself.

Many years later I would take my own son to the Blue Bayou and order him his first Monte Cristo.   He had the same reaction I did.   I like thinking that someday this may be his favorite place to bring his kids, and maybe when he does he’ll think of me.