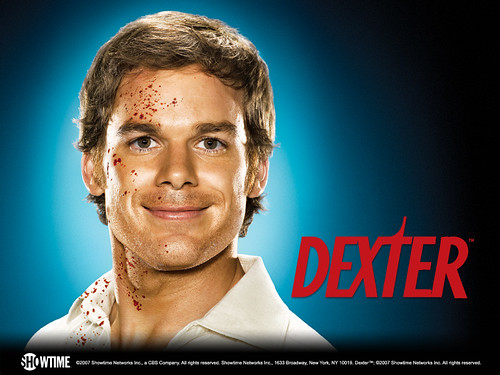 Just a couple of years ago it seemed like all I ever watched on television was HBO and 24.   With shows like Six Feet Under, The Sopranos, Rome and The Wire, HBO seemed to elevate television into something much higher quality.

But that was then.   The Sopranos is dead, Rome is history, and, The Wire got disconnected, and Six Feet Under is one of the departed.   From looking at the line up I’m left with only one show that I used to enjoy.

HBO’s proud history of television
I’m old enough to remember the times before cable, which I find a little depressing myself.   I remember my grandfather getting ONtv, which is a movie channel that would start playing movies around 4pm.   I was very excited back then because Superman was coming to the ONtv.

Later I got SelectTV, which was great because they had porn after midnight.   And we got HBO.   HBO at first was just another movie channel.   I can remember a summer where it seemed they played Dudley Moore’s Wholly Moses everyday.   It kinda sucked.   Then one day in 1984 HBO launched their own original show, 1st and Ten.   1st and Ten was a 30 minute comedy about a rich hottie (Delta Burke, yes Burke was once kinda hot) who gets her husband football team in their divorce.   The show also starred everyone’s favorite knife wielding   running back, O.J. Simpson.   The show was creative and funny and unlike most television shows had a lot of profanity and nudity, which added to the fun.

Since that time HBO has pumped out some incredibly high quality shows.   Shows like Oz, Rome, The Sopranos, The Wire, Dream On and Mike Binder‘s brilliant Mind of a Married Man have moved television in a different direction.

Showtime has some history of their own
Showtime was in the original series game even before HBO.   I believe this started when they picked up one of the best dramas ever, The Paper Chase, from CBS.   I can remember watching the shows when I was very young and dreaming someday about going to Harvard.   On a side note, I also had my first real kiss while watching The Paper Chase.   She thought the show was boring, so we didn’t last long.

A word about Entourage
I loved this show when it first came out.   It was fun and almost let you live a little vicarisouly through the characters.   But a these guys (and myself) get a little older, they are starting to lose a little bit of interest for me.   This last season they came off more as a collective group of douche-bags than fun group of guys having a good time.   Especially that Eric an Turtle.   Kevin Dillion and Jeremy Piven still make the how fun to watch, so I’ll keep watching for at least another season.

Showtime Out Of Closet
A few years ago I mostly knew Showtime shows as shows that catered to the gay community, which was great because there were too few shows that centered around homosexual relationships in a real way.   Although I do think Six Feet Under did an excellent job with David (Michael C. Hall) and Keith (Matthew St. Patrick).

Shows like Queer as Folk and The L Word seemed high quality, but as a simple straight guy they held little interest for me.

Showtime’s Bad Habit
Then a few years ago I decided to give a Showtime show a try because it looked interesting.   Dead Like Me was funny, creative and had some very talented actors, just like an HBO show.   Ellen Murth and Mandy Pantinkin gave great performances throughout the show, and I really thought Showtime was on to something.   But Showtime cancelled the show after two seasons.   It’s clear that I’m not the only one who thought this was an unjust cancellation.   A direct-to-DVD movie is planned for realize this summer.

And then comes another show that I thought was HBO quality, Huff.   Huff starred Hank Azaria and Oliver Platt.   First off, I was just thrilled to see Platt on a television show.   He was simply awesome as Russell Tupper.   I wish he would do more.   He was highly under-used in Nip/Tuck this past season.   But back to Huff.   The show was cleaver, interesting and once again different.   But of course Showtime has a low tolerance and cancels the show after two seasons.

And long before these shows there was Beggers and Choosers, which became one of my favorite shows of it’s time.   This show was too good for Showtime to even keep on for more than 1 season.   Which is a real shame because I thought it was incredibly well down, an it turned me off Showtime for a while.

And even before that…Showtime briefly started airing Welcome to the Monkey House, stories based on the stories from Kurt Vonnegut’s book.   Of course they cancelled it.   How do yo screw that up?   And don’t even get me started about Rude Awakings with Sherilyn Fenn.

This is where I think Showtime was dropping the ball.   These may not have been the big hit shows they were hoping for, but I know they brought in some numbers and were helping build an audience.

HBO has made their own screw ups in this way as well.   It was a huge disappointment when they cancelled Carnival.

HBO get in the Weeds
HBO has lost a lot of shows lately.   Their flagship, Six Feet Under (with the best cast ever on television) went out with the best series finally I have ever seen.   The Sopranos went out with one of the most disappointing.   The Wire just wrapped up and Rome was short lived.

Their new shows seem to be mostly mini-series. John Adams was great, but it was only a handful of episodes.   On a side note I would love to see a similar series where each season was a new president which a fresh cast.

Tell Me You Love Me is well acted and written, but a bit slow even for me.   In Treatment has some promise, but I wonder how long they can keep it going.

I think the turning point came when Showtime premiered Weeds at about the same time as HBO premiered one of the worst shows I have ever seen on the network, The Comeback.   I can see where the pitch for the Comeback made sense to someone.   I mean Larry Sanders was a huge hit both critically and commercially.   But there is no way anyone watched that pilot and thought they had a winner.   It was just awful.

Meanwhile Showtime launches Weeds, which is everything an HBO show is supposed to be.   Funny, creative, sexy and very different than anything else on television.

Tudors and Dexter
I’m not a Tudors watcher, but just about everyone I know is.   I’ll have to catch it on DVD sometime.   But I am a huge fan of Dexter.   Michael C. Hall made the move to Showtime for what I think is the best show on TV right now.   Hall just owns this character.

And things continue to worse for HBO.   Californication while not as good as weeds, was better than anything HBO is putting out right now.   And I don’t see anything on the horizon for HBO.

Well, this has been a long enough rant about television.   Just my 2 cents on Showtime drinking HBO’s milkshake.