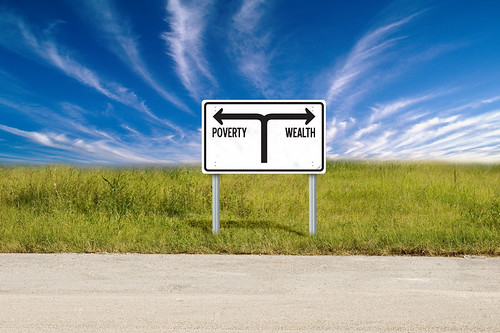 Katrina Gill, a thirty-six year old nursing aid from Portland Oregon works the graveyard shift; taking care of twenty-eight elderly patients for nine dollars thirty-two cents an hour.   Katrina does not receive health insurance from her employer.   As a result, Katrina and her working husband pay a six-hundred-forty dollar a month insurance premium and have still managed to accumulate one-hundred-sixty-thousand dollars in medical debt for their son’s cancer treatment (BusinessWeek, 2004).

In another part of the country; for only seven dollars fifty cents and hour, Joseph Schiraldi from New York, works as security for the Empire State Building, the largest terrorist target in the world.   Joseph has no pension, health care, or paid sick leave, which are typical amenities for non-union workers. And, in upper Manhattan; Christian age nine waits for his mom, Theresa Fabre at a library after school.   Theresa only makes eight dollars fifty cents an hour and can not afford day care.   Christian’s time at the library is spent with about forty other students whose working parents are just like Theresa; they can not afford day care (BusinessWeek, 2004).

Thirty-six year old Pittsburg resident, and father of three, Edward Plesniak lost his job making ten dollars sixty-eight cents hour, and has now been reduced to waxing floors for six dollars an hour.   Edward used to work a union job until the company went non-union, which according to the company was more economical for their bottom line (BusinessWeek, 2004).

People like Katrina Gill, Joseph Schiraldi, Theresa Fabre, and Edward Plesniak are just a small fraction of working individuals who are considered poor or working poor.   In 2004, an estimated twenty-eight million people, ages eighteen to sixty-four, made less than nine dollars four cent an hour, which averages just less than nineteen thousand a year; marking the federal poverty line for a family of four (BusinessWeek, 2004).

According to the Census Bureau, sixty-three percent of families with at least one or more workers are below the federal poverty line (BusinessWeek, 2004).   Working full time should guarantee families that they are not in poverty but the American people are facing greater problems that are forcing them right into scarcity.

Poverty, among other social problems facing America, seems like a never ending vicious cycle; with very little light at the end of the tunnel. The problem with individuals who are considered working poor is not that these individuals are lazy and do not want to work but rather a rigid economy that is becoming more stringent with its resources. In 2004, twenty percent of America’s poorest workers only recieved a tax break of two-hundred-fifty dollars, which is not even two percent of their sixteen-thousand-six hundred dollar annual income and the wealthiest one percent of American’s will receive a tax cut of nearly seven percent, which is almost five times the annual income of the poorest working citizen (Claxton & Hansen, 2004). In addition, Bush’s tax breaks for the wealthiest ten percent will total about one-hundred-forty-eight billion dollars alone (Claxton & Hansen, 2004).   That is almost seventy-six billion more than the government pays for job training, college Pell grants, public housing, low-income rental subsidies, child care, insurance for low-income children, low-income energy assistance, and welfare (Claxton & Hansen, 2004).

Continued on next page….

[Author: Rebecca Linhart, Title of Paper © 2008] Do Not Copy Disclaimer