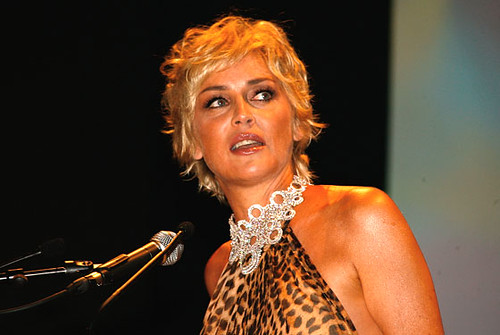 Dr. Words defines Karma in part as “the theory of inevitable consequence”.   But last week in a red carpet interview, Sharon Stone wondered out loud if the earth quake that devastated China is karma.   She also thought it to be an interesting revelation that followers of the Dalai Lama wanted to help the Chinese people who are suffering. 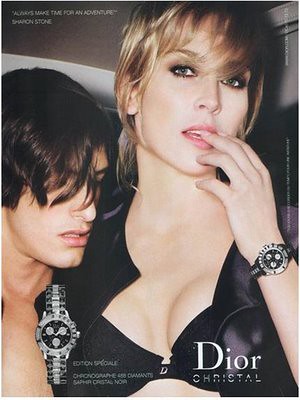 This is yet another lesson that just because someone makes millions of dollars acting in films, they shouldn’t consider themselves intelligent.   Stone, who claims to be close friends with the Dalai Lama, is not getting a lesson in karma herself.   Since her insane remarks Stone has lost a lucrative deal with Christian Dior, has been rumored to have lost a role in a major film, and has now been banned from the Shanghai International Film Festival.

This of course is on top of the fact that the rest of the world has gotten a glimpse at how ignorant she really is.

Although I feel a little bad about adding to the amount of negativity on this issue, I am happy to see such a strong reaction from people to such a hideous statement.   I don’t think many people believe that the Chinese position on Tibet is fair or just, but I also don’t think anyone is happy to hear stories like that of the school pancaking on itself, killing hundreds of school children.

So far the 7.8 earthquake in China has cost the lives of 80,000 people, and leaving many more homeless.   I think we can assume that such an event is not driven by karma.

It’s a shame Stone is getting so much attention for her remarks (my own hypocrisy included) when there are so many others who are active in helping the Chinese people.   The Black Eyed Peas just raised over $870,000 for the victims of the earthquake.   And Coleman just donated 1,000 tents to the homeless of China.   No doubt that both Coleman and The Black Eyed Peas know the meaning of karma.   Success in this world owes a little re-payment.

As for Sharon Stone, maybe she can get a guest spot on My Name is Earl.   She could use the work, and the lesson.