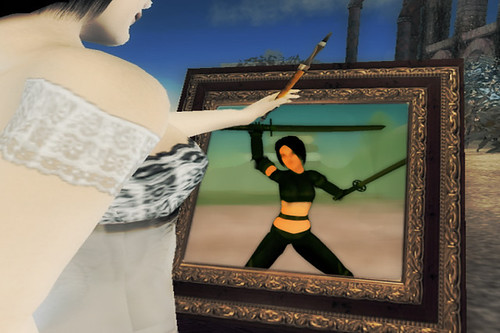 Ideal World is an interesting documentary from Glen Thomas about the virtual world Second Life.Ã‚   Second Life, as most know, is a virtual world game created by a company called Linden Labs.Ã‚   The founder of Linden Labs, Philip Rosedale, created a fantasy world where you could create your virtual self (avatar) to look however you want, and truly live out a virtual life in an ever-expanding world.

In the virtual world of Second Life, you can build and own your own house, drive cars, play games and even fly around as if youÃ¢â‚¬â„¢re in a dream.Ã‚   This may sound extraordinarily geeky to most, but there are some who find happiness in this realm and take it very seriously.

Thomas focusses much of his documentary on a a woman who goes by the name of Nephilaine who created her own line of fashion for avatars called Pixel Dolls.Ã‚   By examining the story of Nephilaine, we get introduced to an economic world most never knew existed.

The game of Second Life includes itÃ¢â‚¬â„¢s own currency, known as Linden Dollars, or just L in the game.Ã‚   Each character is given a small amount of Linden each week.Ã‚   Those who wish to have more can exchange U.S. currency for Linden.Ã‚   This is where this world takes on a whole other realm of reality.

It has become an actual business for people to operate a business inside the virtual world of Second Life.Ã‚   And when I say Ã¢â‚¬Å“actual businessÃ¢â‚¬ , I mean that people earn a living in their virtual business that supports them in the real world.Ã‚   In one especially interesting scene, Nephiaine tells the story of the first time she cashed out some of her Linden.Ã‚   She used the money to order a new computer.Ã‚   So without ever touching cash, she earned money in a virtual world, and somehow ended up with a real computer being delivered to her living room. 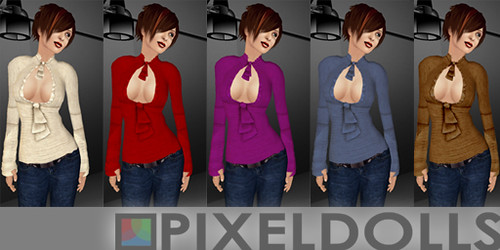 This is just one of the interesting examples from this film about how Second Life has taken on itÃ¢â‚¬â„¢s own economic existence, complete with tax revolts from citizens, to land barons, and even a legal system created by users to help solve property disputes and others laws within the game.

IÃ¢â‚¬â„¢m not a Second Life member.Ã‚   I played around with it for a few hours a couple years ago, but it didnÃ¢â‚¬â„¢t really catch on for me.Ã‚   I have enough problems with my first life to not start worrying about my virtual taxes.Ã‚   But I have no doubt that what these passionate users are doing is blazing a trial for something more mainstream down the road.Ã‚   When you start thinking out of the box of what we consider Ã¢â‚¬Å“the real worldÃ¢â‚¬ , you can almost see a time when we conduct a certain amount of business online through a virtual world.Ã‚   We buy our music online, so how unusual would it be to have a virtual store where you can browse and ask questions using an avatar.Ã‚   Or how about working towards a degree from an online university where your avatar sits in class and then goes to a frat party.

I have even heard of people getting therapy of legal advice through professionals in the game.Ã‚   ItÃ¢â‚¬â„¢s hard to imagine how this interface would work so that it would be accepted by the masses, but thats not saying it couldnÃ¢â‚¬â„¢t happen.

Watching the movie I was reminded of a conference I attended a few years back about VoIP.Ã‚   One of the demonstrations was a group AA meeting conducted through a VoIP chat room.Ã‚   We were able to hear a man who was obviously in a lot of pain admit to himself and others for the first time that he was an alcoholic.Ã‚   This was a call he made in the middle of the night, and found other people ready to listen.Ã‚   I guess what makes me find these two items similar is that the value of technology always leaps forward when they become infused with the human spirit.Ã‚   ItÃ¢â‚¬â„¢s in the way we use technology that can make it special.Ã‚   Twitter is just a way to IM or SMS to a blog, until you use it to coordinate with friends at an event, or it connects you closer to a friend because a common interest is discovered.Ã‚   Facebook is just a simple webpage that links to friends, until I use it to talk directly to an author of a book I enjoyed, and even see the people in his life that are part of that book.Ã‚   Technology is most exciting when it really effects lives, and in that sense, Second Life is very exciting.