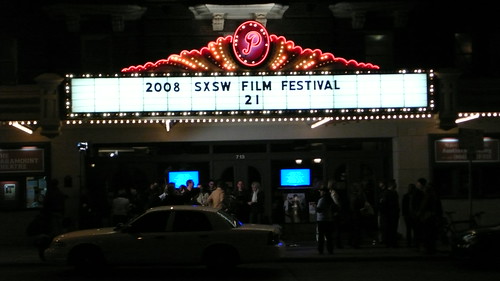 I have gotten out to see 4 films so far at SXSW; 21, Harold and Kumar Escape From Guantanmo Bay, The Visitor and Registered Sex Offender.Ã‚   All have been excellent.Ã‚

The first film I got to see here was 21.Ã‚   The film has been widely marketed, so most people know exactly what the movie is, but here is a link to the 21 Trailer in case you donÃ¢â‚¬â„¢t.Ã‚   The movie was better than I anticipated.Ã‚   Jim Sturgess does a good job, although itÃ¢â‚¬â„¢s hard for me to not look at him as English after Across the Universe.Ã‚   Kevin Spacey is always insanely great and there was no exception here.Ã‚   Kate Bosworth is not my favorite actress, but I think she did well here.Ã‚   This is the third movie she has done with Kevin Spacey.Ã‚   She always seems a bit better in scenes with him, but she didnÃ¢â‚¬â„¢t have any scenes alone with Spacey in 21, which is a shame.Ã‚   I would have liked to see the way those two characters interacted.Ã‚   But it seemed like the Director was really trying to keep this story from BenÃ¢â‚¬â„¢s (Jim Sturgess) point of view. 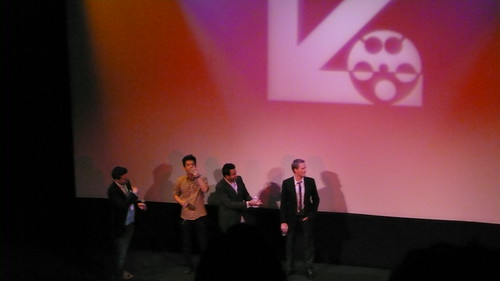 The second film, Harold and Kumar, was at least as funny as the first, and a little more gross.Ã‚   Chow and Penn could become the Cheech and Chong of Gen Y, and to be honest, Gen Y really needs it.Ã‚   And of course Neil Patrick Harris, or NPH is elevated to even higher cult status in the film.Ã‚   There isnÃ¢â‚¬â„¢t much to say about the movie except that if you liked the first film, you will love the second. 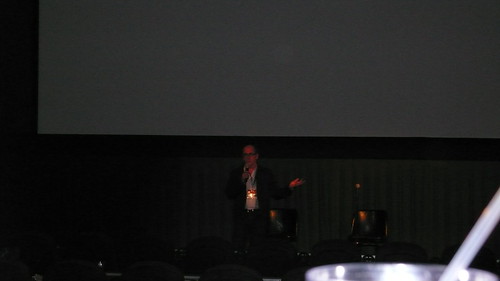 The third film I saw was The Visitor.Ã‚   This is one I was really looking forward to seeing, and I certainly wasnÃ¢â‚¬â„¢t disappointed.Ã‚   I have been a fan of Richard Jenkins for a long time.Ã‚   Six Feet Under is probably the best cast ever on television, and he more than held his own there.Ã‚   And Jenkins is amazing in this film.Ã‚   You can tell that this role was written for him.Ã‚   He played a very complexed character with incredible ease, reminding me of Tom WilkensonÃ¢â‚¬â„¢s role in In The Bedroom.Ã‚   And the film itself is the exact type of film that makes film festivals like SXSW worth coming to.Ã‚   It provides a wonderful story, a great message, and delivers them both intelligently.Ã‚   It deals with the issue of immigration, which is a big presidential debate this year.Ã‚   It reminded me that as a country of immigrants, we need these people.Ã‚   It sends this very strong political message in a very subtle way be demonstrating the need on a personal level.Ã‚   If you get the chance to see this film, make it a priority. 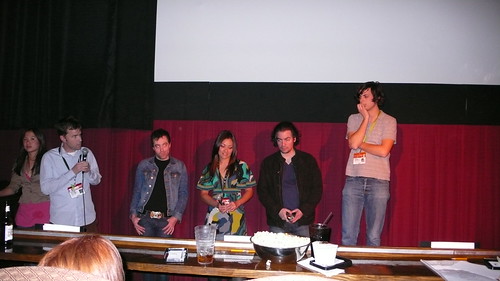 The last film I have seen so far is Registered Sex Offender or RSO.Ã‚   The film has a lot of buzz here in Austin, primarily due to the local shooting and cast, including the amazing Bob Schneider (whom IÃ¢â‚¬â„¢m seeing tonight at the Saxon Pub).Ã‚   It too was better than expected.Ã‚   The cast does a great job with what appears to be a lot of their own dialogue.Ã‚   I thought Gabriel McIver was doing a great job with the character, until I met him in person and realized that he is the character (although not an actual registered sex offender, at least not that I know of).Ã‚   Kristen Tucker did a great job with some small details of the character, like seeming a little more disconnected and slightly awkward around her boyfriend in public compared to when they were alone.Ã‚   She also looks exactly what you would think a co-ed in Austin.Ã‚   Bob Schneider had a great small role, and in my opinion was only second to Kevin Corrigan in performances in the film. 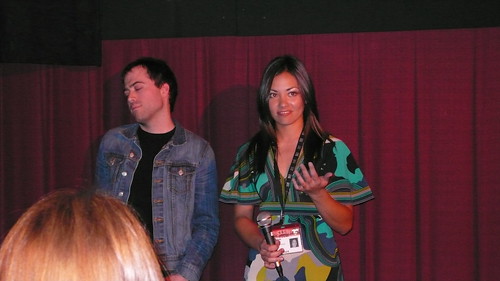 I also have to say that the Alamo theaters are the coolest theaters I have even been in.Ã‚   The represent the laid back, buy never dull Austin lifestyle.Ã‚   The staff is sincere and polite, the food was much better than one would expect at a theatre, and their pre-film entertainment is actually entertaining…imagine that!

And seeing a film at a film festival adds a whole other level to the experience.Ã‚   Being able to express your feelings about a film, and seeing how great the performs are in person is nice.Ã‚   I especially enjoyed the session after The Visitor where Richard Jenkins was incredibly humbled by the complete admiration he received from the audience.Ã‚   The entire audience broke out in applause 4 times during his session, all over his amazing performance.Ã‚   By the way, IÃ¢â‚¬â„¢m really, really looking forward to Burn After Reading.Ã‚   Richard Jenkins is awesome.