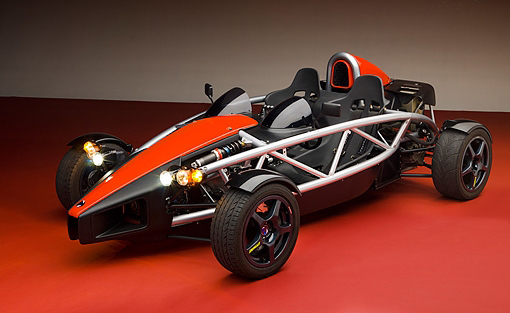 When I first saw the Tesla Roadster, I wanted one.   The Lotus styling, the Ferrari-like speed, the George Clooney – like social awareness….   It looked like the perfect sports car.   Of course Tesla has had their share of issues, and to get on the list you have to plunk down $100k and wait your turn, which could be upwards of a year.

But I knew the Tesla was only the beginning.   The fact that an electric car is capable of acceleration that most fossil-fueled vehicles can only dream of, means that we are going to see some incredible performance coming from fairly inexpensive cars in the near future.   I really think that within 10 years we will see some amazing cars for under $40 that can do 0 – 60 in under 5 seconds.

Adding to that theory is the Wrightspeed SR-71, the newest model from Wrightspeed, Inc. The SR-71 can supposedly go from 0 – 60 MPH in 2.5 seconds!   I can only imagine how much fun this thing is to drive.   The video below shows the Wrightspeed SR-71 easily besting a Ferrari 360 Spyder and Porsche Carrera GT, both of which cost over twice as much as the SR-71.

Wrightspeed says they may have a street-legal version SR-71 in 36 months. 3 years is a long time to wait, but obviously they are not the only horse coming out of the gate.   I expect to see a lot of great new companies trying to take advantage of the lack of innovation from the big automakers and release great cars.

I like the formula that Tesla capitalized on; build a small sports car that’s not cheap, and is very fast.   Targeting the Porsche buyers of the country is a great start to getting rid of our fossil fuel dependency.   But I’m also interested to see how Whitestar does.