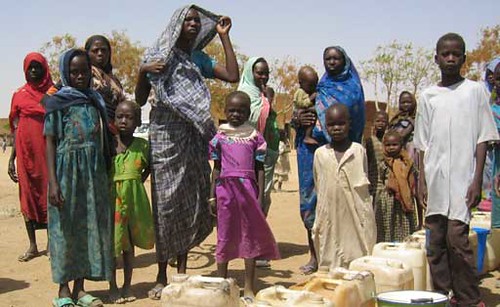 Sudan, located in northeast Africa, is the largest country on the continent and is compact in shape. It occupies an area 967,494 sq miles and is approximately one-fourth the size of the United States. Some of its neighboring countries are Chad on the west, Egypt to the north, Ethiopia on the east, and Kenya, Uganda, and Democratic Republic of the Congo to the south. The Red Sea accounts for about 500 miles of the eastern coast. It is traversed from north to south by the Nile River, all of whose tributaries are either partly or entirely within its borders. The terrain is generally flat, featureless plain; the arid Nubian Desert dominates the northern region, compared to the tropical climate and mountains found in the south.

According to the U.S. state website “Sudan’s population is one of the most diverse on the African continent. There are two distinct major cultures–“Arab” and black African–with hundreds of ethnic and tribal subdivisions and language groups, which make effective collaboration among them a major political challenge.” The current population is 39,379,358 with Sunni Muslims representing 70% and residing primarily in the northern states. The southern states account for roughly 30% of Sudan’s population and   consists of black Africans practicing tribal Animist religions and a small segment of Christians. Because of famine, civil wars, and religious persecution the forced migration of Sudanese trying to escape has effected every border state in the region. 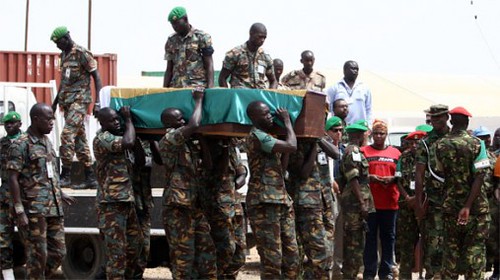 The 20th century saw the growth of Sudanese nationalism as a centripetal force, and in 1953 Egypt and Britain granted Sudan self-government. Independence was proclaimed on January 1, 1956. Since independence, Sudan has been ruled by a series of unstable unitary parliamentary governments and military regimes. Under Major General Gaafar Mohamed Nimeiri, Sudan instituted fundamentalist Islamic law in 1983. This acted as a centrifugal force and exacerbated the rift between the Arab north, the seat of the government, and the black African animists and Christians in the south. Differences in language, religion, ethnicity, and political power erupted in an unending civil war between government forces, strongly influenced by the National Islamic Front and the southern rebels, whose most influential faction is the Sudan People’s Liberation Army. 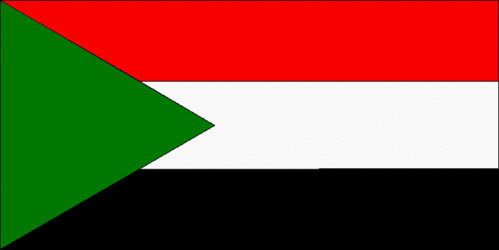 In 2005 a provisional government was established when the Comprehensive Peace Agreement (CPA) was signed. The Peace Agreement ended the civil war that had lasted for two decades and gave roughly half of Sudan’s oil wealth to the south, as well as nearly complete autonomy and the right to secede after six years. Although the rift between north and south has quieted since the CPA, inter-tribal abductions and fighting continue in Southern Sudan.

My recommendation to solve the ongoing problems in Sudan are tri-fold. First, allow the southern part to secede from the north; that should isolate the conflict to the south. Secondly, education of the people. Currently Sudan mandates 8 years of compulsory education, but only reports a 35-40% attendance rate. The people need something to unify them across ethnic boundaries and community public schools could do that. The schools would not only improve the literacy, but educate the public on birth control and new farming techniques to reduce the risk of famine. Finally, public works projects need to be a priority. Building schools, water irrigation systems and medical facilities would create jobs, force the diverse population of Sudan to work together, and would improve the health of the public. Currently the U.S. CIA website ranks Sudan risk of major infectious diseases as “very high”. Much of the risk could be minimized by making clean water more easily accessible.

For a look into what life is really like in Sudan, check out these amazing videos taken by VBS.TV:

This is a guest post written by Elizabeth Rathgeber