I know some may be offended by this, but I’m seriously wondering if trash moves to Florida, or does Florida make them that way?   According to Hillary Clinton, Florida is an incredibly important state, so this blog post will kill my chances for the presidency, but it has gotten to the point that I can hear a news story and instantly know that these people must live in Florida.

Doesn’t it seem that just about every time you hear about a hot woman teacher (like Debra LaFave) screwing a student, it’s in Florida?   And how about the Victoria Lindsay incident where the girls all lured another teenage girl to a home so they can beat her up on camera.   Florida.   And how the recent case where 15 year old Crystal Shinkle accused 23 year old Casey Mundling of rape, but the State Attorney doesn’t press charges because they had sex over 20 times!   Florida.   We won’t even get into the state of Florida’s inability to properly vote.   Between the fact that half the people are old, and other half seem to be retarded, it’s no wonder why we they can’t master something like punching a ballot.

Tonight I head on over to Digg to see what’s what in the world, and I see a news story about two teenage girls who robbed a 9 year old girl scout selling cookies in front of a grocery store.   When asked if they feel bad about the fact that they stole money from a child selling cookies, they responded they were pissed because they had to give the money back and now they may have charges.   They were also pissed because the girl is making all sorts of money selling the cookies.   Once again I’m sure the state attorney in Florida will hop right on that.

You can’t really blame the Florida state attorney.   If they locked up ever idiot in the state, who would be left?   The entire state would be run by the elderly.

And I have to say that it’s not just the teenagers and hot teachers in Florida that I have a problem with.   One of the reason I stopped going to shows like ad:tech is because of all the spammers who try to get you to push out their CPA deals.   I started referring to ad:tech as the Boca Bazaar because it seemed like all this scumbags lived in Boca Raton.   ad:tech sells the cheapest booth space along the walls of the hallway as you enter the exhibit hall.   Trying to pass through the gauntlet is near humorous.   It’s like some sort of third world bazaar filled with spammers trying to push out nutritional supplements, mortgages, Viagra alternatives, etc…   It’s the first time being in the online marketing industry made me feel dirty. 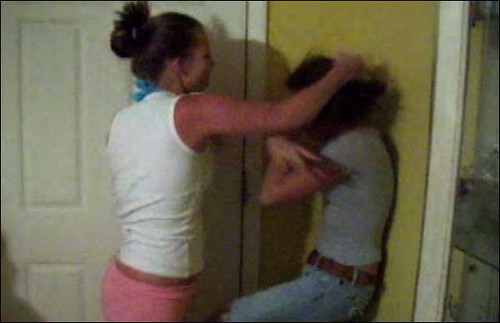 I was talking to Greg Stuart, who was at the time the head of the IAB (Interactive Advertising Bureau) and just made a comment about wondering why all the scummy spammers are from Florida.   He mentioned that it’s likely because of the homestead protection the state offers.   These guys get sued all the time, so they want to be in a place where they can protect their homes.   Greg is a genius.   That’s the first time someone made sense to me about what attracted these people to the state.

After being stiffed and ripped off by seemingly legit companies in Florida, I actually made a policy at USWeb about not doing business with anyone located in Florida.   And the one time I broke it, sure enough I ended up having legal discussions.

But of all the scummy people I have dealt with in Florida, there is a worst of the worst.   Never do business with any guy who moved from New York to Florida.   They are easy to spot; they usually keep their shirt half unbuttoned so that you can see their nice gold chain.   Occasionally they even wear rings with rare gems.   They also have a real preference for Hummers, and have   a girlfriend that looks like something you would find one of those sex tourism vacations.   They all love to talk a big game.   They are, as the Texans would say, big hat, no cattle.